A Physician’s Primer on Covid-19, Clotting, and Causality

April 3, 2021/ by Amitha/ in Research/ Comments Off on A Physician’s Primer on Covid-19, Clotting, and Causality

How to make sense of recent concerns about the AstraZeneca vaccine 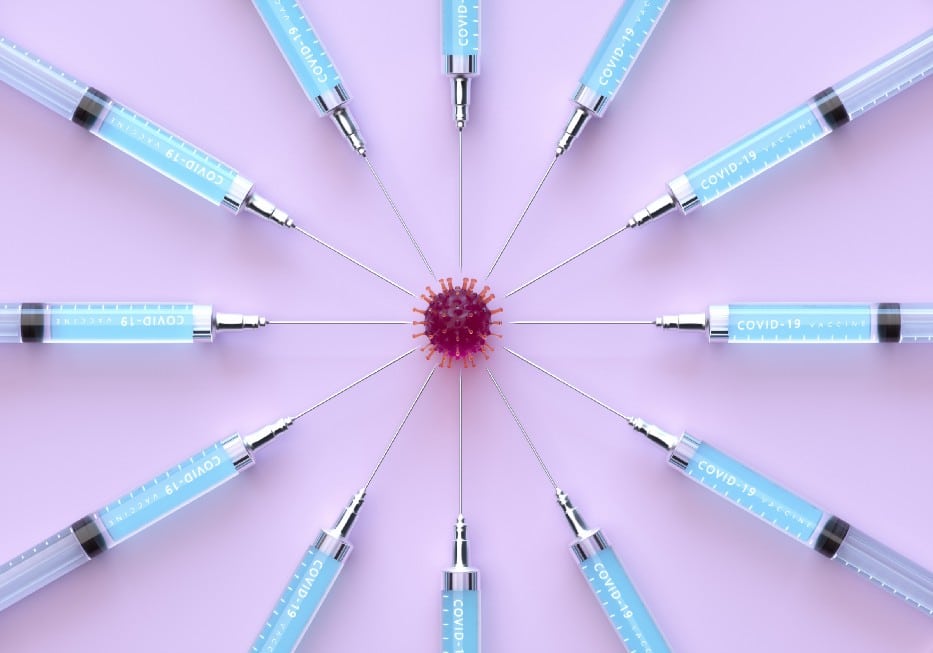 Last week, several European countries paused their use of the AstraZeneca vaccine due to concerns about clotting and bleeding risks. Though the World Health Organization (WHO) and European Medicines Agency (EMA) have both said that it is safe to use, most countries have resumed using the vaccine, and the company released data on Monday showing it is 79% effective in preventing symptomatic disease in the United States, many people may still be wondering about the risks. There are five major things to clear up when understanding the concerns about blood clots.

When most people think of blood clots, they think of a scab on the skin or clots in menstruation: congealed, thickened blood. In medicine, we’re talking about something more serious, involving the blood that circulates in our veins and travels from the tissues to the lungs to get reoxygenated. Blood clots are a general term for what’s known as deep vein thrombosis (DVT) and pulmonary embolism (PE).

Think of DVTs as blood clots that are often found in the calves or in the arms. Sometimes they resolve on their own, but they become dangerous when they break off and travel through the circulation and into the lungs, causing a PE, which in turn causes chest pain, decreases oxygen, and can lead to death. Sometimes DVTs can break off and travel backward to the heart and through the body again, making their way into the brain and causing a stroke. This is called a paradoxical embolism. A more rare clot in the brain is called a cerebral venous thrombosis (CVST). CVSTs may be the main clot of concern associated with the AstraZeneca vaccine. DVTs, PEs, and CVSTs are medical emergencies.

These pathways require many components to work together effectively, including various clotting factors, most of which are named using Roman numerals and some that aren’t, like protein tissue factor (TF) and Von Willebrand factor (VWF). Other proteins block abnormal clots from forming, so they are said to have “anticoagulant” effects. These include Protein C, Protein S (both work with Vitamin K), and antithrombin III.

Some individuals bleed more easily than others. This can be due to deficiencies in coagulation factors — Factor VIII and Factor IX deficiencies, for instance, cause hemophilia, as does a deficiency in VWF. Other people have a lower platelet count. Since platelets are important to forming a “clotting plug,” which helps prevent blood loss by temporarily sealing an injured blood vessel, a dip in platelets often means bleeding risk may increase.

Glad you asked. First, anyone with a deficiency in an anticoagulant is at risk. Put another way, anyone who doesn’t have clotting blockers or who clots easily is at risk. An individual with antithrombin III deficiency, for example, would typically clot more easily.

But someone can have perfectly normal coagulation factors and a perfectly well-oiled coagulation cascade and still be at risk. Many athletes (as I’ve written about previously) fall into this category. This brings us to Virchow’s triad. Over a century ago, the German scientist and physician, Rudolf Virchow, described three components that increase the risk of a blood clot.

The first is “venous stasis,” which refers to moments when the blood sitting in our veins is stagnant. Imagine honey or ketchup in a squeezy bottle that’s stuck because it’s been sitting around. The way ketchup or honey congeals is similar to how stagnant venous blood forms. Except in the body, this can lead to a clot. In humans, this happens when we are stagnant. Long flights where we aren’t moving around is a common situation, but so is lying in a hospital bed for days on end, which is why many patients receive a blood thinner and are encouraged to move around.

The second component is vessel injury. If a blood vessel gets injured, the body responds by forming a clot, much as it would if you injure your skin through a scrape or a dog bite. Except when this happens in the body, there’s a chance the clot can become large and break off, blocking vessels and preventing blood (and therefore oxygen) from reaching the tissues, which can be deadly when it comes to the lungs or brain. These blood vessel injuries often happen during surgery.

The third factor involves other factors that increase hypercoagulability, which can refer to everything from cancer to inflammatory disease to being on estrogen hormone therapy (like the birth control pill). The mechanisms vary, but they are generally due to the impact on components of the coagulation system that drive it toward more clotting and away from anti-clotting.

4. So, how does this explain the concern with the AstraZeneca vaccine?

Everything! We’re almost there. Let’s get some facts straight first. First, the incidence of DVT and PE, due to the issues described above, is about one per 1,000 people per year. For CVSTs, it’s even more rare: five per 1 million. This is the normal pre-pandemic and pre-vaccine incidence and reflects individuals at risk due to Virchow’s triad and issues with their coagulation system.

Back to the vaccines. Robust vaccine monitoring systems in many countries specifically look for potential adverse events after the vaccine, as part of what is called “active surveillance.” In general, however, we don’t have active surveillance for blood clots. No one calls families randomly to ask if anyone has had a blood clot. So, the fact that about 37 people who got the AstraZeneca vaccine have reported blood clots, out of 5 million who received the vaccine, doesn’t necessarily mean it’s caused by the vaccine. In all likelihood, these same 37 people would have had the same blood clot even if they weren’t vaccinated. And this is likely, given that the rate isn’t particularly high, compared with the baseline risk of blood clots. While the year still has nine months left, the current rate is about 0.006 per 1000 people per year for clots in general, which is lower than baseline.

It’s possible, given that the AstraZeneca vaccine is generally easier to store and manufacture in larger volumes (e.g. by India), that more people in total have received it. If that is the case, it may seem like the AstraZeneca vaccine is associated with more clots compared to the other vaccines, but the reality could be that more people have received it, period.

The Pfizer/BioNTech vaccine has been given out in 72 countries, and AstraZeneca to 71 as of March 18, but the number of people who have received it in those countries is not known. If each vaccine were distributed with the same frequency, it would be much more straightforward to compare the rate of adverse events, and it’s possible we would see the same pattern with them (which isn’t much of a pattern at all if it’s less than or equal to the baseline risk).

This is where the Bradford Hill criteria of causation comes in. They essentially say that temporality — the fact that an outcome comes after an exposure (in this case, an adverse event comes after a vaccine) — isn’t sufficient to prove causality, for the same reason that wearing a yellow T-shirt a few hours before the sun comes out doesn’t mean your T-shirt caused sunshine. We need more. Specifically, a biological gradient and plausibility: A biological explanation for the cause, much like we know that smoking causes lung cancer because the elements in cigarette smoke are known to be carcinogenic (even in a lab, they can cause mutations in lung cells that result in cancer).

5. Putting it all together — three key questions

Now that you’re an expert in clotting and causality, we can ask three crucial questions.

The second is whether the dip in platelets observed in people who got the AstraZeneca vaccine is different from what is seen with other vaccines and viruses. Viruses, in general, can sometimes cause temporary dips in platelets (known as thrombocytopenia), and vaccines that are made from inert viruses may also do this. Though they usually cause a mild decrease in platelets, a severe decrease can be concerning and can cause a paradoxical overactivation of platelets, which can cause clots.

The third is whether there is a component in the AstraZeneca vaccine that would impact the coagulation cascade, specifically the hypercoagulability element of Virchow’s triad. This seems unlikely as most vaccine adjuvants (which boost the “immunogenicity”) and stabilizers are inert, meaning they don’t have medicinal or biological impacts. Alternatively, finding other biological mechanisms to explain the body’s abnormal response to the vaccine is also possible.

In summary, it’s unlikely that the clotting issues discovered by active surveillance are caused by the vaccine. However, it’s understandable why some countries are pausing vaccine administration until the above three questions, and possibly others, are answered.

The WHO continues to back the vaccine, while the EMA simply wants to add a warning, and countries like Canada are considering updating its guidance. The crucial thing to understand is that in a battle of risks, the harm from halting a vaccine campaign aimed at putting a stop to a deadly pandemic, which has a risk of mortality and long-term complications, appears to be much higher than the risk of blood clots.