September 6, 2021/ by Amitha/ in Nutrition/ Comments Off on When Recovery Requires Rest

By backing away from major sports tournaments, three high profile athletes have prioritized their healing above all else 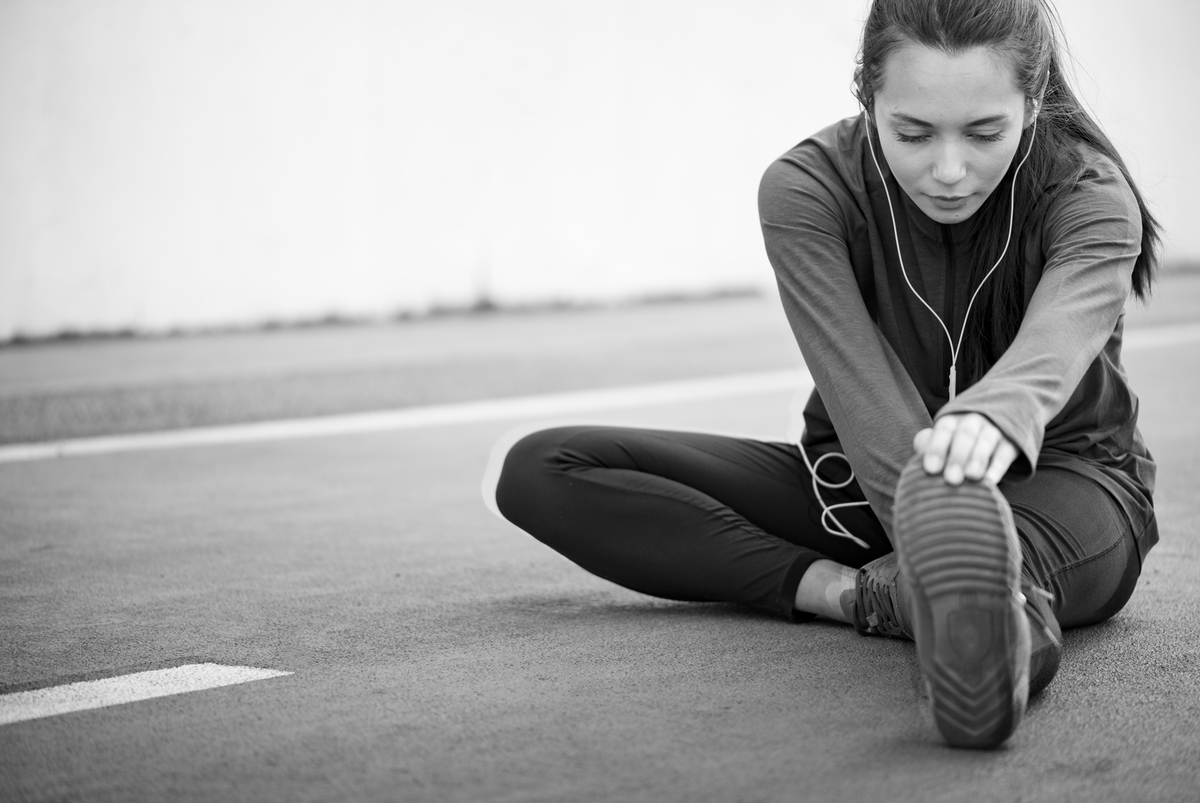 We rarely discuss ‘rest’ as a strategy for well-being.

However, over the last month, three professional athletes withdrew from major tournaments in order to prioritize rest for both their emotional and physical recovery, which has prompted some necessary conversation.

First, 23 year-old Naomi Osaka withdrew from the French Open (and later, Wimbledon), citing her mental health as the need to step away to recover. Then, 39-year-old Roger Federer announced he was stepping back from the French Open to give himself time to heal from a series of knee injuries. And most recently, Steph Curry, 33, of the Golden State Warriors made the surprising announcement that he wouldn’t be participating in the Tokyo Olympics, as he wanted to ‘focus on rest.’

Indeed, all three high-ranking athletes have set a precedent for professional athletes to speak up about the need to take a break as part of their healing, placing their mental and physical health above the push to perform. They also offer a chance to revisit the science of why it’s crucial to promote rest for recovery — not just for sports but for all of us.

The idea that athletes specifically are subject to grueling schedules isn’t new.

In the world of professional sports, pushing through pain in order to participate in a game is commonplace. Injuries in recent years among athletes run the gamut: from the more notorious chronic traumatic encephalopathy to blood clots — both of which can be devastating for athletes’ health and can ultimately end careers. Just recently, after collapsing on the field, soccer star Christian Eriksen was diagnosed with an arrhythmia, requiring a defibrillator. In each of these examples, playing the sport itself contributed to poor health.

These themes are echoed in other industries too. Everyone from journalists to doctors cited burnout secondary to excessive demands during to the Covid-19 pandemic. Indeed, in Japan, the term “karoshi” (as in death due to overwork) is recognized as a healthcare problem.

Sleep itself, as I’ve written about before, has healing effects: everything from how quickly wounds heal to improving our mental health. But amount and quality of sleep can also impact how likely it is for athletes to get injured. A 2019 metanalysis of sleep loss and sports injuries in adolescents found that chronic sleep deprivation significantly increased the odds of injury, replicating findings from 2014.

In 2019, Michael Grandner, a sleep researcher who directors the Sleep and Health Research Program at University of Arizona, found that athletes rated as having clinically moderate to severe insomnia were at a higher concussion risk.

Grandner emphasizes that sleep is an active process. “The main job of the immune system is to regenerate every cell of the body, and that happens most often during sleep,” Grandner told me.

Last year, his team delineated the potential mechanisms of how sleep impacts recovery. One mechanism involves the mediating impact of sleep and decreases in inflammatory markers which affect the immune system and affect how well muscles are able to recover and repair damage from training and athletic performance.

Meeta Singh is a Detroit-based psychiatrist and sleep medicine specialist who advises several professional sports leagues such as the NBA and NFL. She underscores the element of circadian clock, and how restorative sleep allows injuries to be repaired more efficiently.

“If you don’t get enough sleep, you’re more likely to feel pain and the requirement for pain medication actually increases, so recovery and healing can be affected by this for instance because the higher need for medications can interrupt the healing process,” Singh told me.

Rest, however, must be distinguished from sleep in that ‘rest’ involves more generally taking a break from a specific form of ‘overuse.’ This can be physical overuse as seen often in athletes, or mental or emotional overuse. Each form of overuse may have factored into the decisions made by Osaka, Federer, and Curry.

Athletic performance can also be impacted by rest and sleep. In 2019, Grander’s team found that student athletes who were less sleep deprived performed better. Similar patterns were found in male division I college basketball: increasing their sleep duration to between 6.6 to 8.5 hours translated to a significant increase in free throw accuracy, and shaved up to 0.7 seconds off their sprint times. Knowing sleep schedules may even help predict NBA team performance: East coast teams typically lose when playing on the West coast due in part to the circadian rhythm impact.

In February, Singh’s team published a paper that assessed the role of sleep among players in the NBA, which was followed up by a commentary in April on sleep in professional sports in general, and another in June, about sleep in the NBA bubble. The consequence of poor quality sleep and insufficient (less than 7 hours’) sleep is clear: it negatively affects athletes’ mental and physical health, increases risk of injury, and decreases performance. The February paper cites Sacramento Kings assistant coach Jason March, in an interview where he shared: “You ask anybody in the room, the thing I talk about is sleep…I think in a couple of years [sleep deprivation] will be an issue that’s talked about, like the NFL with concussions.”

So why, with all the research we have around about the harms of not prioritizing rest and sleep to our brain, recovery, and performance, does it still seem shocking when an athlete announces they’ll be stepping back to rest?

We can look to the controversy around the NBA’s Do Not Play (DNP)-Rest strategy, which San Antonio Spurs head coach Gregg Popovich helped pioneer, for clues. The strategy prevents players from participating in too many back-to-back games, to allow for adequate recovery and decrease the likelihood of fatigue and injury. In 2012, Popovich sat Tim Duncan out for a rest day — this was his first implementation of DNP-Rest.

But a 2017 article in the Baltimore Sun, which pointed to the positive impact of the approach on both the Cleveland Cavaliers and Golden State Warriors, suggested that DNP-Rest enrages fans, who just want to see their favorite players play. In March 2017, Lebron James took a rest day against the Clippers. He came back rejuvenated, scoring 34 points against the Lakers. Fans of that game were impressed, but the ones who bought tickets to the Clippers game were angry at having paid for a ticket to a game where “the King” didn’t play.

Not every team institutes DNP-Rest — it’s dependent on the coach. Pat Riley of the Miami Heat once claimed: “We don’t rest. I don’t believe in it. I think it’s gotten to the point where it’s become a travesty, an absolute travesty. Blatantly. I don’t care how many players you’re resting or who. Who are the ones entitled to get the rest versus who doesn’t rest? We don’t rest.”

Does DNP-Rest work? While a 2017 study found that performance and injury risk remained unchanged, correlation data collected by teams suggests that the number of games missed by players due to injury or illness declined dramatically when the policy was instituted.

Uniquely, as the COVID pandemic forced NBA players to play in a “bubble” in the same time zone, with one Athletic Trainer noting “This is the advantage that we have not had. We’re always tired…[now] our guys have been rested. They’ve been fresh. We’ve been able to get them recovered again and again.”

In December 2020, Singh’s team looked at the impact of these player bubbles, and found that removing the element of travel during pre-season NBA games, among other things, was associated with an increase in shooting accuracy, though it’s unclear if this was secondary to less circadian rhythm disruption, or the negative impact of excessive travel more generally.

At some level national sports culture plays a role in normalizing rest for recovery. In North America, the “hero” ideal of self-sacrifice and pushing beyond one’s limits to achieve a goal is prized and fans pay a premium on sports tickets to watch “their” player play. However, in European soccer, fans tend to be more concerned about player health, pushing coaches to sit players out if they seem fatigued or suffer an injury. In other words: soccer fans prioritize the long-term health of their favorite players, so that they can have the pleasure of watching them over the years.

What this suggests is that prioritizing rest for recovery in professional sports is less about the type of sport and culture, and more about the type of fan, and whether fans, who drive the billion-dollar global industry of professional sports would be ok with delayed gratification (seeing their favorite player sit out) if it meant their favorite athlete had the opportunity to recover, and thus perform at their best.

The conversation around wellness more broadly has for years centered around trends such as biohacking: fueling an industry pegged at over 4.5 trillion dollars. Some of the innovations in ‘self-care’ are justified, and are backed by evidence. However, true well-being and healing may rely more often on “not” doing something — over-exerting, overperforming, and overworking — as opposed to “adding” another trendy “wellness” element to our routines. This new recognition may be reflected in the post-COVID movement towards prioritizing the balance of rest and work, reflected in many choosing to work from home.

Indeed, over this past month, Osaka (who recently penned an Op-ed), Federer and Curry have modelled the idea that stepping back to heal, even in the midst of external pressures to push through, while the tougher choice, is often the most crucial to optimize well-being and long-term performance. And when we all understand the difference between the physical and mental implications of choosing ‘grit’ when what we most need is ‘rest,’ if recovery and healing is our goal, we’ll all be better for it.