Previous post
Worried About That New Medical Study? Read This First.
Next post
Amitha Kalaichandran: Can we crowdsource a diagnosis?

Uncertainty in a Time of Coronavirus

March 5, 2020/ by Amitha/ in Environment, Research/ Comments Off on Uncertainty in a Time of Coronavirus 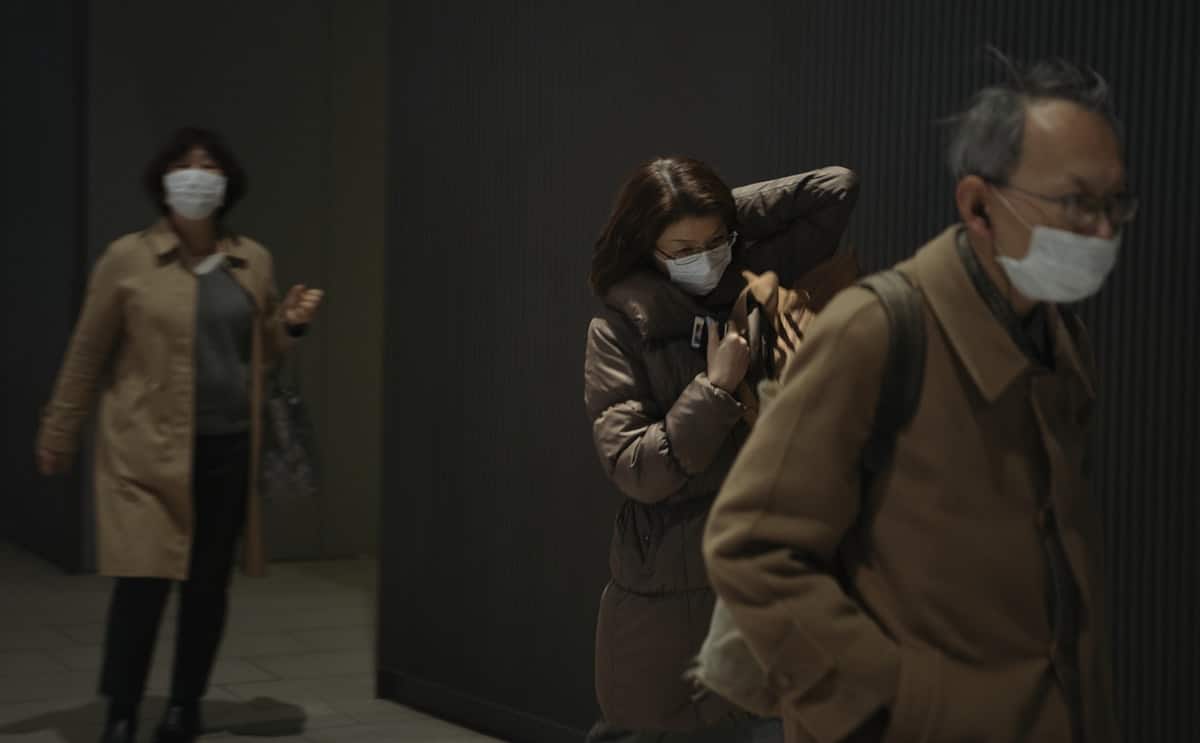 Ann, a friend and mentor in her 50s, exclaimed over coffee at the end of January: “You know, Amazon is sold out of medical masks. You just can’t get any now. But I’m going upstate this weekend, so I should have better luck there.” I looked at her quizzically. At the time, the World Health Organization (WHO) had not yet announced that the newly named disease COVID-19 (formerly known as 2019-nCoV), caused by the virus SARS-CoV-2 (or simply “coronavirus”) was a Public Health Emergency of International Concern (PHEIC), but this announcement was delayed for several days. Besides, masks should only be reserved for people with symptoms.

Ann is an intellectual, someone who doesn’t easily head into panic mode (this helped her in her law career immensely, and later as a CEO and business leader). But in that moment, she had made up her mind: the masks would be a prudent thing to purchase, despite the lack of indication that they were needed. Effectively, Ann was hedging on the idea that, with the messages she received through the media and her friends, it would be better to be more conservative and overly prepared for the worst, given the potential consequences of being underprepared.

It immediately struck me that, despite being trained in both epidemiology and medicine, I wasn’t entirely sure what to advise Ann at the time: the messages I had received, and articles I had read, were no more consistent. There was still much uncertainty around the coronavirus in terms of how serious it was projected to be and what ordinary citizens could do to minimize risk. We all make decisions every day despite uncertainty, and when emotions come into play it can make things trickier.

But when it comes to public health, where the risks of sending the “wrong” message can have devasting consequences—unnecessary anxiety on the one hand (which can take an immense psychological toll) and thousands of unnecessary deaths on the other. To me, one thing is clear: the messaging around coronavirus thus far has been far from ideal, which suggests that uncertainty in a public health emergency is a wrench that can have devastating consequences if it isn’t harnessed appropriately.

Coronavirus is a moving target, as most epidemics are. As a Canadian, I watched with curiosity when Canadian airports decided on January 17 not to screen travelers for coronavirus (the effectiveness of screening is debatable, but the U.S. had already mandated it). But this then changed a mere one day later. The messaging was all over the place: “We thought it wasn’t necessary, but oops, now it might be.” Initially, the WHO wasn’t as concerned: the information and data about coronavirus wasn’t enough to call it an “emergency,” perhaps in part because the institution was reliant on a whole host of assumptions, such as the accuracy of data from China, a country not exactly known for transparency (with some noting the government may have purposely misled the public).

Gradually, the WHO became more concerned, finally on January 30 labelling coronavirus as a PHEIC, which implies a seriousness and a whole other set of other measures should be taken. Now countries as far and wide as Italy, Iran, Korea, and Spain are reporting a high concentration of cases. As of Wednesday, February 26, over 2,700 people had died worldwide from coronavirus since December and over 81,000 were infected globally. To put that in perspective, the SARS epidemic of 2003, which began in November 2002, infected over 8,000 people and led to 774 deaths in a period of six months.

Today the core messages remain unclear. For instance, the WHO has refused to officially advise no travel to China, but the U.S. State Department made this advisory earlier this month. For weeks we also received mixed messaging about human-human transmission, which is now clear, and more disturbingly that it can occur even when someone isn’t symptomatic (though it is rare). Even epidemiologists had trouble deciding how bad it really is. One reason is that a traditional data point in epidemiology, the R0 value, which is the average number of people an infected person is expected to transmit a disease to, is limited in its predictability.

Still, several doctors and public health professionals have taken to social media to remind the world that the flu kills more, as an attempt to dissuade fears, but COVID-19 is more severe, not just in its the ability to send more affected persons into intensive care (like SARS), and that it can kill even young and healthy hosts (as opposed to the more vulnerable who are more affected by the flu), and by most accounts has a higher case fatality rate (the proportion of those with the virus who die), somewhere around 2 percent (though this rate may be lower—0.7 percent—outside of China’s Hubei province) compared to the flu (which has a case fatality rate of around 0.1 percent).

All of this whiplash points to one perhaps uncomfortable thing: no one really knows how bad COVID-19 is, and how much damage it could eventually lead to. We know from postmortems of how SARS and Ebola were approached—both epidemics that provided an opportunity for bodies like the WHO and the Centers for Disease Control to learn from (the CDC provided a report on their Ebola response, and the WHO released a report on outbreak communication immediately after SARS)—that waiting too long to sound the alarm can be disastrous. We also know that the early predictions were based on assuming that China was being transparent and honest about their situational assessment, something we now understand was not the case.

I recently spoke with Kathryn Bertram, of the Johns Hopkins Center for Communication Programs (JHU CCP), who pointed me to the extended parallel process model as a helpful starting point to examine public health messaging during an epidemic. It considers both our rational reactions and emotional reactions (primarily fear) to help determine the best course of action for behavior. On the rational end, we must ask ourselves about “efficacy”—this refers to the effectiveness of a solution (for instance wearing a face mask or avoiding travel to China) and well as our perceptions on how as individuals we can institute this solution effectively. On the emotional end, we ask ourselves about the severity—how severe might it be if we, as individuals were infected, as well as susceptibility (how likely we might contract it).

Herein lies the issue: the perceived threat rests largely on the information we receive from experts. If the threat is high, we make decisions to take protective action. If we are told that the threat is low or even trivial, we are less motivated to protect ourselves even if we have the resources to do so. When an epidemic is underway, uncertainty can create fertile ground for mixed messages and inconsistency, which in itself can breed mistrust and fear.

Reflecting back to my conversation with Ann, I’m reminded of Annie Duke’s book Thinking in Bets, in which she makes a persuasive argument that, as individuals, we’re often required to make decisions based on having incomplete information. Duke uses the analogy of poker, where decisions are made based on an uncertain future. A good decision, despite this uncertainty, rests on whether we use the right process to come to that decision.

As individuals, we also benefit from thinking back to situations where we may have chosen one way but felt if we had a similar choice again we would choose differently, so our memories play a role as well (and arguably for public health we can rely on our collective memory from other coronavirus epidemics, like SARS). She likens our decisions to bets: given the information available to us, along with our memories of how past decisions panned out, and acknowledging that some of the outcome is due to chance, what might be the best choice to make that would most likely provide the most benefit for our future selves?

Bertram underscores the core risk communication principles, which can also be applied to media covering the epidemic: communicate often, communicate what is and isn’t known clearly, and provide simple action items for individuals to take (so things like handwashing).

Similarly, public health stakeholders should communicate what is and isn’t known, coordinate messages to help ensure consistency, and perhaps most importantly, acknowledge that their views (and thus their messaging) may change quickly; thankfully more recently media organizations are choosing to express this uncertainty and a recent op-ed in the New York Times underscores many of these principles, as “people react more rationally and show greater resilience to a full-blown crisis if they are prepared intellectually and emotionally for it.” The authors also urge that we consider using the term “pandemic” (though the WHO is not yet comfortable with this).

Effectively, while the WHO still presents a hopeful view, it and other organizations played poker on a global scale—and the chips they were playing belonged to entire communities. Their decisions and messages matter, and on balance, it might be best to bet that the consequences of underestimating the severity of the pandemic may be worse than overestimating it. The alternative, which brings to mind the dog meme “this is fine,” could lead to both distrust and potentially thousands of unnecessary deaths. It seems that, despite the WHO finally conceding that COVID-19 continues to poses a “grave threat” to the world and may qualify as the long-dreaded “disease X,” the briefing yesterday remained vague and hesitant, and even domestic messaging about whether the virus is contained or spreading continues to be inconsistent. Some have even suggested we finally accept that COVID-19 may be “unstoppable.” Clearly, we’re still down a few chips.