Previous post
Us, Interrupted: What Sophia Bush Is Learning About Self-Care Right Now
Next post
During COVID-19 Healers Need Healing Too

The Unbearable Stillness of COVID Grief

April 27, 2020/ by Amitha/ in Mind, Purpose/ Comments Off on The Unbearable Stillness of COVID Grief 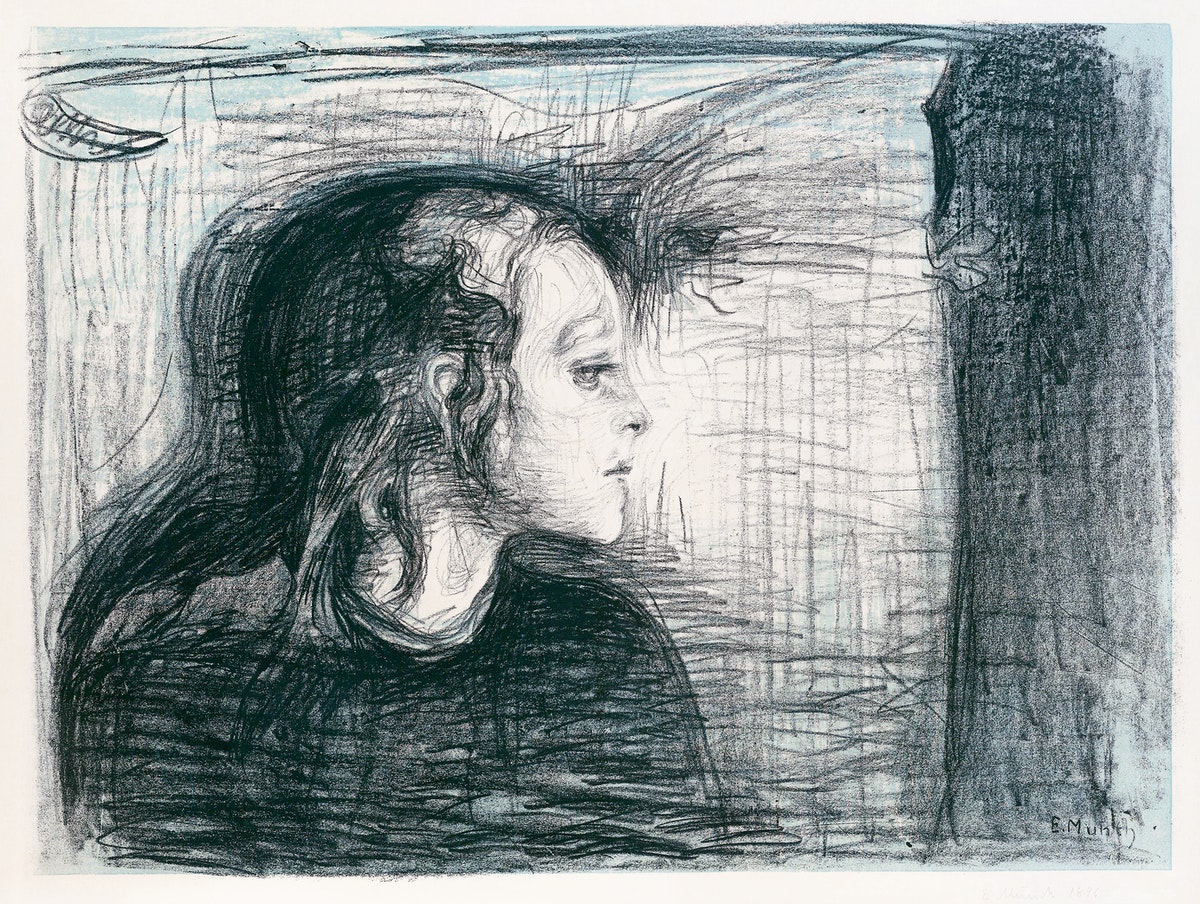 According to my mother, there are two unique forms of grief that everyone touched by war understands. There’s the grief associated with the loss of human life—through bombings and brutal combat, and through the disease that runs rampant when health care and all other social services are halted. Then there’s the grief associated with the loss of a life as we once knew it: loss of country, loss of employment, loss of identity as a “prewar person,” and the subsequent need to start over. The two run along together like two dark snakes intertwined.

When my mother and father moved to the United Kingdom from Sri Lanka, amid a civil war that would drag on for 26 years, they didn’t readily display their grief. My siblings were born into the only reality we would ever know: visiting ducks at the local park, swinging on our neighbors’ swing set, and blowing out candles at birthday parties that were evidence of both assimilation and normalcy. Yet my parents’ grief would peek through at moments. The first time I ever saw my mother sob was the day she received a phone call with news that my uncle back home had lost his foot in a land-mine explosion. Years after we had moved to Canada, she learned that a famous library holding thousands of historical texts in her native Jaffna had been burned to the ground by the army. Her silent tears and the way she stared off into space, I realized then, were two more dialects of grief.

That kind of sorrow is unfamiliar to many people who live in peaceful places. Yet COVID-19 will leave behind a complicated form of grief that will linger—potentially for many years after the immediate crisis has abated. Thousands of bodies have piled up in Italy, during a period when doctors wrestled with horrific ethical quandaries around rationing care. Now, in parts of the United States, refrigerated trucks have been deployed for use as makeshift morgues. In New York, a mass grave is being built, and cremations are happening all day long. Patients are dying alone, and much like during the Ebola crisis in West Africa, fears of contagion have interfered with families’ ability to mourn.

As of yesterday afternoon, more than 20,000 Americans had died of the new coronavirus. The growth in the number of cases, fortunately, appears to be slowing. Still, even relatively optimistic projections indicate that many more people will succumb in coming weeks; even some who recover will still be at risk of long-term health complications.

All of this damage is occurring while people are still dying from other causes, too—and when grieving people are being discouraged from even going outside, much less seeking solace from their loved ones. Making matters worse, the current crisis has put enormous stress on the healing professions that, in normal times, help families deal with loss and bereavement. Our society is ill-prepared for the kind of grief the coronavirus is visiting upon so many people during so short a span.

Research on grief after large-scale casualties is scant, but the literature suggests that suffering personal losses can be particularly harmful when experienced in times of broader social stress. A 2015 study found that children who lost a loved one during a mass-trauma event such as a natural disaster, a terrorist attack, or a war are likely to suffer long-term psychological trouble. Studies of service members and veterans who served during 9/11 found a high prevalence of what is sometimes called complicated grief—a type of bereavement that is unusually severe and long-lasting. These service members and veterans showed worse symptoms of post-traumatic stress disorder and had a higher number of lifetime suicide attempts.

A study of survivors of the Rwandan genocide found that what the researcher called “unprocessed mourning”—in part the result of the halting of traditional mourning rituals during the war—contributed to lingering mental-health woes. Two years after the 2004 Indian Ocean tsunami, chronic grief was found in almost half the survivors, and was strongly associated with losing a spouse or being female. And a systematic review of Ebola survivors found high levels of psychological distress, including prolonged grief, which was compounded by the stigma placed both on survivors and their families as they attempted to return to work.

The coronavirus pandemic differs from those catastrophes in various ways. But it brings stressors of its own. Especially for those worried about vulnerable elders, it brings a level of anticipatory grief, the form that appears when the death of a loved one appears inevitable. It also comes amid a sudden economic crisis and skyrocketing unemployment; the disconnection of people from their families, friends, and their usual routines; and the recognition that some of those routines will be permanently disrupted.

In her 1939 short story Pale Horse, Pale Rider, the writer Katherine Anne Porter describes the protagonist, Miranda, as she falls in love with a soldier named Adam while also falling ill with the 1918 influenza. Amid their fear of the disease, the pair also grieve their old way of life. “All the theatres and nearly all the shops and restaurants are closed,” Adam laments, “and the streets have been full of funerals all day and ambulances all night.” Only when Miranda recovers herself can she fully appreciate the world she and her lover have lost. And when she learns, by letter, that her lover has died from the disease, she descends into the darker depths of prolonged grief.

“At once he was there beside her, invisible but urgently present, a ghost more alive than she was, the last intolerable cheat of her heart; for knowing it was false she still clung to the lie, the unpardonable lie of her bitter desire.”

The Diagnostic and Statistical Manual of Mental Disorders defines prolonged grief disorder as grief symptoms persisting for six months or longer after a loss, along with separation distress, impaired social or occupational functioning, and the presence of symptoms such as confusion, shock, bitterness, and difficulty moving forward with life. As the public sits in anxiety and in isolation, policy makers seeking to cope with the current crisis must also begin to plan for the demands on mental-health services, specifically for grief and bereavement, in the near term and beyond.

As a physician who is also the child of two physicians, I worry in particular about the grief experienced by the health-care providers who are making good on their ethical duty to serve those suffering from the coronavirus. After the 2004 tsunami, prolonged grief disorder was found in one in 10 hospital workers surveyed. In the current crisis, medical providers—including my mother, an anesthesiologist who performs intubations—are at personal risk. Even those who survive COVID-19 or do not contract it in the first place may lose valued friends and colleagues, amid the deaths of other health-care workers who have had to work without adequate protective gear.

In the hospital, doctors and patients alike have reasons to grieve. Doctors grieve the loss of a patient who has died. Patients, once a disease is diagnosed, grieve the loss of their health. Medical trainees grieve their former idealistic self as they become inured to a system that, ironically, often places little value on their own well-being.

Before the coronavirus, the ethos of humanism—of listening closely to patients’ concerns and fears and tending to their needs—had never been stronger in the medical profession. The pandemic returns doctors to a time when compartmentalizing a patient’s suffering—and one’s own—is an emotional survival tool. “We’re asked to be as dispassionate as the disease itself,” Daniel Lakoff, an emergency-room doctor in New York City, recently told me. “We don’t touch the patient in many cases, we use telemedicine, we give oxygen, and we watch and wait. And we often feel powerless.”

Claire Bidwell Smith, a counselor in Charleston, South Carolina, who has written three books on grief, told me that these recent weeks have been the busiest of her decade-long career. (She offers her services online.) She raises the possibility that grief may play out differently during this pandemic from how most people typically experience it. Usually grief feels very personal, Smith says, because the rest of the world proceeds normally while the bereaved feels numb and alone. That dynamic may change because much of the world has now ground to a halt. Grief may be delayed, she said, but a shared catharsis may lie ahead. “I think there will be a massive collective mourning when we’ve emerged from this, for us as a culture,” Smith said. “While what’s happening is heartbreaking, and we haven’t been able to ritualize or memorialize. We will come back to this.”

When I was growing up, another way in which grief visited our home was when my parents’ friends and extended family from Sri Lanka would stop by and reminisce. They would briefly recall the war but also use it as a frame in which to tell more uplifting stories of laughter and overcoming. Grief, when these adults experienced it together, became a connecting agent, joining the broken pieces into a more harmonious common mosaic.

The scars always remain. At the end of Pale Horse, Pale Rider, months of hardship give way to a future that is both brighter and tinged with melancholy. “No more war, no more plague,” she writes, “only the dazed silence that follows the ceasing of the heavy guns; noiseless houses with the shades drawn, empty streets, the dead cold light of tomorrow. Now there would be time for everything.”

**Originally published in The Atlantic**