August 15, 2021/ by Amitha/ in Nutrition/ Comments Off on The Re-Emergence Effect

It will take time and patience to reemerge from the collective crisis of the pandemic with our mental and physical health intact. 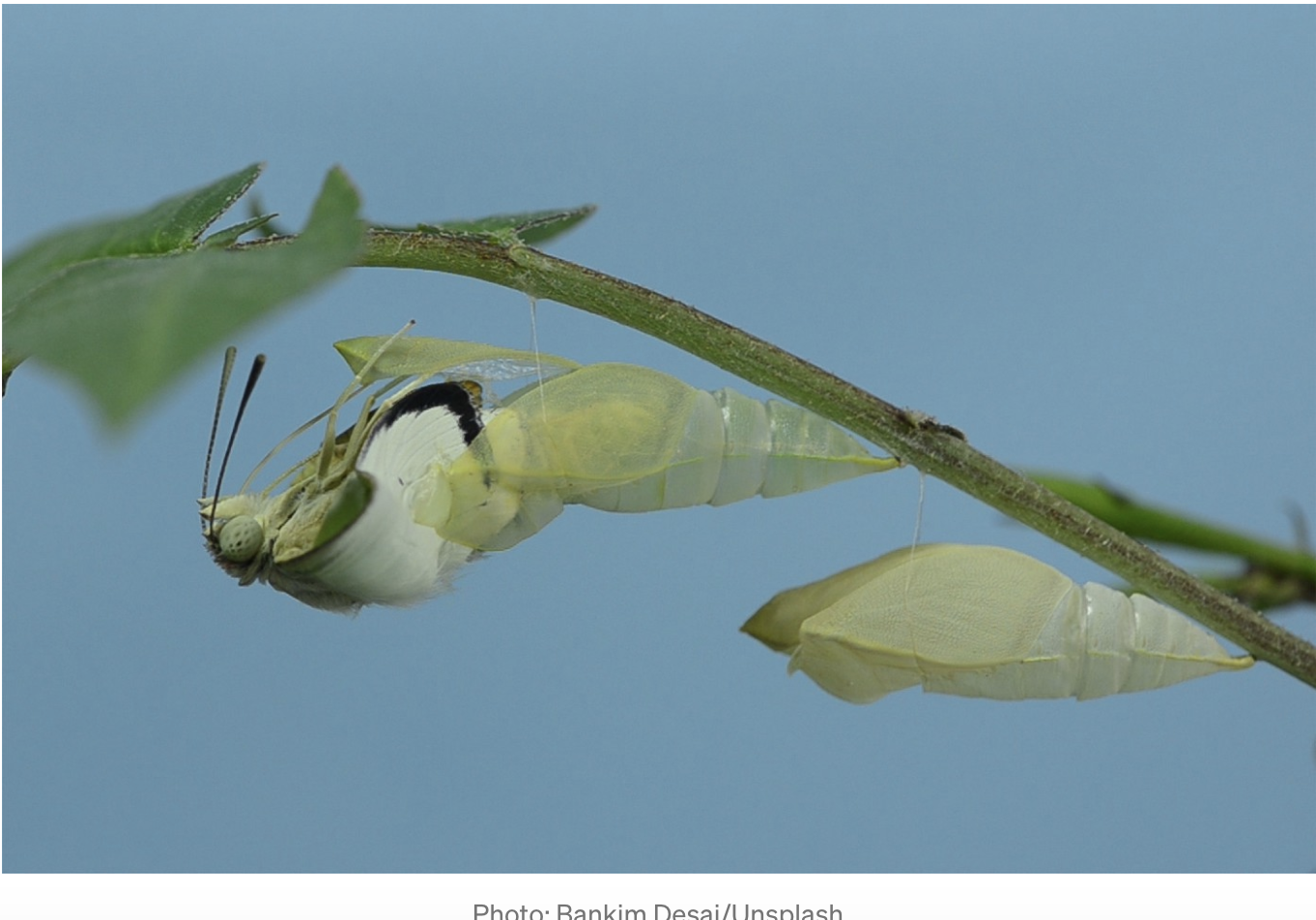 When I met Darren Sudman six years ago, at an event in Palm Springs, I didn’t expect that his story would be one that I would return to time and again as I began examining what makes us thrive and heal after difficult times.

Sudman introduced himself as a former lawyer and a founder of a nonprofit. In 2004, Sudman and his wife, Phyllis, experienced every parent’s worst nightmare: Their three-month-old son, Simon, was found motionless in his crib. He had passed away from sudden infant death syndrome (SIDS), later deemed to be secondary to a heart rhythm disturbance called “long QT syndrome.”

Sudman’s nonprofit, Simon’s Heart, was created with the purpose of screening children early in life. It has kept us in touch over the years. But it was what Sudman shared about how he emerged from this unspeakable tragedy, and was able to move forward, that has continued to stay with me — particularly during this time as I reflect on our collective reemergence after the pandemic.

“My daughter was two and she needed me to get out of bed every day. She was really young and didn’t have a grasp of what was going on, and I had to take care of her. That forced me to wake up and live every day as best I could — she was my motivation,” Sudman told me. He also shared advice his co-worker provided at the time: “‘When you feel grief, let it pull you under and don’t resist it — it’s temporary and when you’re ready, you’ll come back up.’ This idea continues to work for me.”

In March 2021, a survey from the American Psychological Association found that 49% of adults reported feeling uncomfortable about returning to in-person interactions when the pandemic ends, and this included those who were vaccinated.

In China, after lockdowns lifted and people reemerged, over 10% met diagnostic criteria for post-traumatic stress disorder (PTSD). Indeed, for roughly 14 months most of us adjusted to a modified sense of “normal,” in much the same way a person living in a cave for a year may adjust to the lack of cognitive and light stimulation.

Change — even if it comes in the form of freedom — is still uncomfortable. So, it’s no surprise that some doctors are admitting to their own reemergence anxiety, that this summer terrifies a lot of people (perhaps especially introverts), and that many are worried about returning to work. Things will get better and the pandemic as it stands will end and Covid is most likely transforming into an endemic seasonal virus, yet all signs are clear that we must prepare for a reemergence effect.

Javeed Sukhera, chief of psychiatry at Hartford Hospital in Connecticut, shared that the reemergence process may feel similar to grief. “Especially for those who struggle with tolerance for ambiguity and when circumstances are not in their control,” Sukhera shared, “They will either adapt to the stressor and reflect more on the meaning of things, or risk of falling back into maladaptive ways of coping.”

Reemergence effects are not new.

We can look at butterflies as an example from nature — a caterpillar spends up to two weeks in a cocoon dissolving into a stew of cells, which it then partially ingests before swiftly emerging as one of our most prized insects.

I think back to a training in humanitarian emergencies I took at Harvard several years ago. The crisis situations were almost always in developing countries, where we needed to sort out food, water, and safety (for instance, from civil war and infectious diseases). A core part of our training was how to reemerge from the crisis with our mental and physical health intact. This involved time and connecting to resources to integrate back into the societies we had left — lessons I took to heart and applied during research or clinical work in low resource settings.

There are also examples from history.

Some Holocaust survivors, once freed from Auschwitz, marched across the camp and to freedom, but promptly returned: Writer and psychologist Edith Eger suggested, “They didn’t know what to do with their freedom,” and a return to life was challenging.

We see this in medicine as well.

A compelling case of a man who spent decades legally blind had his eyesight restored only to suffer a psychological breakdown as he reemerged with the vision he had become accustomed to not having. The criminal justice system is also illustrative: The recent release of Joe Ligon, who spent 68 years of his life incarcerated, suggests that his true sense of freedom may be linked to how well he is supported during his reintegration into society. Indeed, once we start looking, we see “reemergence effects” everywhere — moments when, after spending a length of time in one state and having adjusted, we are forced to shift to another. Even if our new state is objectively better, our minds are still impacted.

Rachel Yehuda, a professor of psychiatry at Mount Sinai who specializes in trauma, expected many would seek therapy during Covid, the numbers were not as high as expected, which suggests to her that there may be an immense need after the crisis as part of our reemergence.

Joy Harden Bradford, an Atlanta-based clinical psychologist, agrees. “Many people may experience a post-traumatic stress response several months after we emerge that may take them by surprise as they may be getting through this difficult time by not fully acknowledging and processing what’s been happening, likely because it was their only way to keep functioning,” Bradford said.

As such, part of planning for our reemergence will involve anticipating our future mental health needs. Reconstruction after a humanitarian crisis is common, and often provides an opportunity for mental health reform; this was echoed in a UN report published last year. The idea of “building back better” for children’s mental health is instructive and could apply more widely.

“If I had a magic wand, in terms of building unlimited capacity for healing, I would initiate a campaign called ‘Let’s Talk About it,’ meaning, talk about the challenges, and the pain, and how we felt at the time. And it wouldn’t necessarily have to be with a mental health provider,” Yehuda told me. “Ideally, we would come together with people we know in our communities, in places of worship, the gym, yoga studio, or book club and ask each other, ‘What was it like for you?’”

And we may very well emerge better in some ways, perhaps a bit surprised by our own resilience, a point Yehuda wants to underscore.

“Time does heal, and the desire to flex our resilience muscles is powerful. That most of us will recover is an important public health message,” she shared.

With butterflies, it turns out that my understanding of their reemergence was incorrect. There’s more to the process. When a butterfly emerges from the cocoon it’s still a goopy wet mess. Its wings are too small to fly. To expand them, it must actively pump in fluid from its abdomen — a bit like blowing up a balloon. Then its wings must dry under the sun. And then — as anyone who has spent a prolonged length of time in a hospital bed, and experienced muscular deconditioning, knows well — the butterfly must exercise its fragile wing muscles enough to ensure they stay up against gravity in order to fly.

In other words, a butterfly’s reemergence isn’t swift at all: it takes intention, time, and effort.

Our collective reemergence may be similar. It must be handled with care, patience, and ideally capacity to receive our mental health needs on the other side of this pandemic. Engaging in a collective reenvisioning both around what capacities should be built now, in preparation for that reemergence is part of our collective post-traumatic growth, and goes beyond resilience to involve creating of meaning from crises, which could perhaps buffer some of the harmful elements of the reemergence effect.

Though I didn’t appreciate it six years ago, this was perhaps the biggest lesson I learned from Darren Sudman, which I hope we can all put into practice today as we reemerge stronger and more whole. Sudman’s intentional efforts to steer his family’s crisis into one that could help other parents helped offset his personal horror of reemerging as a parent who had lost a child.

“We had just suffered one of the worst tragedies but through it we [created] new narratives that involve helping prevent this from happening to other children, meeting families with similar experiences. When Jaden, our third child, came home, he brought another ray of sunshine to our house and reinforced the fact that life goes on and there’s still goodness.”

**Originally published in Elemental in May 2021**