Previous post
4 Mindfulness Practices Your Kids Can Try
Next post
Protecting Sleep in the Hospital, for Both Patients and Doctors

Take a Walk in the Woods. Doctor’s Orders.

November 1, 2019/ by Amitha/ in Environment/ Comments Off on Take a Walk in the Woods. Doctor’s Orders. 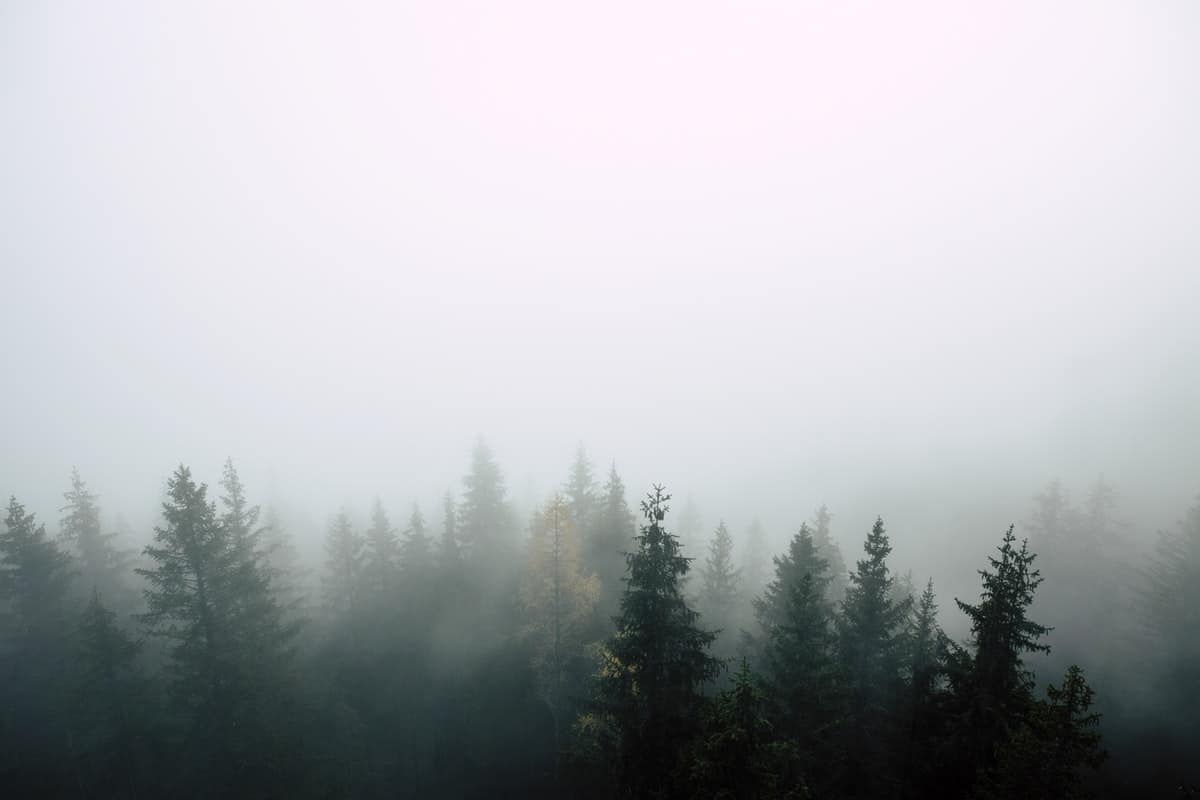 “Forest bathing,” or immersing yourself in nature, is being embraced by doctors and others as a way to combat stress and improve health.

On a damp Saturday morning last August, I joined 10 others in the woods outside Ottawa, Canada, as part of a “forest bathing” session offered by a local wilderness resort.

First we sat in a circle on the leafy ground, each sharing a moment in nature from our childhood that filled us with joy. Next our guide, Kiki, a newly trained forest therapist who insisted we call her by her first name, led us on a mindful — and very slow — walk through the forest.

“What do you hear, smell, see?” Kiki asked, encouraging us to use all five senses to become deeply “immersed” in the experience.

An older woman in the group told us that she was undergoing a difficult and stressful period in her life, and that being among the trees felt “healing.” Others mentioned that the activity reminded them of walks they took as part of Boy Scouts or commented on the sounds: insects, birds, the rustling of leaves. I noticed the bright green acorns that dotted the forest floor, which reminded me of my childhood collection of acorns and chestnuts. Admittedly, I was also worried that the early morning rain was fertile ground for vicious mosquitoes (West Nile!) and ticks (Lyme!).

We ended the two-hour forest walk with a tea ceremony, sipping a concoction of white pine needles steeped in hot water.I left feeling relaxed and more at peace, though with at least two dozen bites from mosquitoes that seemed immune to DEET.

Kiki had been trained according to standards set by the Association of Nature and Forest Therapy, a professional group that has certified more than 300 people across North America to be forest therapy guides, among them psychotherapists, nurses and six M.D.s. The sessions are modeled after the Japanese tradition of shinrin-yoku,or forest bathing.

Over the years, I’ve had physician mentors recommend Richard Louv’s books, “The Nature Principle” and “Last Child in the Woods,” which describe the benefits of time spent in the wilderness, from stimulating creativity to reducing stress. Florence Williams’s best-selling book, “The Nature Fix,” has a chapter dedicated to the benefits of forest therapy. And now, it appears that more North American doctors are starting to incorporate spending time in forests into their practice.

Some small studies, many conducted in Japan and Korea, suggest that spending time in nature, specifically in lush forests, might decrease stress and blood pressure (especially in middle-aged men), improve heart-rate variability and lower cortisol levels while boosting one’s mood. An analysis of studies from 2010 that focused on exercising in nature found improvements in self-esteem, particularly among younger participants. Overall effects on mood were heightened when there was a stream or other body of water nearby.

But other studies have shown mixed results. A cross-sectional study from Korea found no change in blood pressure with forest bathing, and a systematic review from 2010 found that while time in the forest may boost mood and energy, any effects on attention, blood pressure and cortisol may not be statistically significant. Another recent review from Australia underscored the challenges of drawing causal links to disease prevention, with the authors calling for robust randomized controlled trials.

Several theories have been proposed as to why spending time in forests might provide health benefits. Some have suggested that chemicals emitted from trees, so-called phytoncides, have a physiological effect on our stress levels. Others suggest that forest sounds — birds chirping, rustling leaves — have a physiologically calming effect. Yet evidence to support these theories is limited.

On a recent visit to Japan, I met with Dr. Hiroko Ochiai, a surgeon based at Tokyo Medical Center, and her husband, Toshiya Ochiai, who is currently the chief executive of the International Society of Nature and Forest Medicine. Dr. Ochiai is trained in forest therapy and currently conducts most of her sessions with volunteers within a forest in Nagano, about three hours from Tokyo, with the help of a local guide, and plans to offer forest therapy soon at one of Tokyo’s largest hospitals.

“I usually encourage participants to sit or lie down on the forest ground and listen to the sounds,” she says. “The hypersonic natural world can be soothing, and things are always moving even while we are still. It can be very calming.”

Last June the Northside Hospital Cancer Institute in Atlanta began to formally offer forest therapy as part of a pilot project in collaboration with the Chattahoochee Nature Center. Twelve patients with newly diagnosed cancers recently signed up for a session, according to Christy Andrews, the executive director of Cancer Support Community Atlanta.

“It was a four-hour session that seemed to have an impact on the patients,” she said. “I remember one participant telling me afterward that it was a way to ‘steer away from cancer,’ and the group became very cohesive. I think it helped reduce the isolation in a way that’s different from a regular support group.”

Dr. Suzanne Bartlett Hackenmiller, an obstetrician-gynecologist based in Cedar Falls, Iowa, began guiding patients in her practice through the Prairie Woods in Hiawatha Iowa, though she has also led groups in forests around Des Moines. She became a certified guide through the Association of Nature and Forest Therapy three years ago and tries to tailor her offerings based on the group she is leading.

“I generally get a sense of where people are at. For some, it’s best for me to stick to the science, but others may literally want to hug a tree. The traditional tea ceremony at the end might turn some people off, so I’m conscious of that and adjust accordingly,” she says.

In one exercise, she has participants close their eyes as she guides them through experiencing the different senses, imagining feeling their feet growing into the ground like roots of a tree, for instance, listening to nearby sounds and observing how far they may extend, or smelling the air. It’s similar in many ways to a guided meditation.

“I recently held a session where four out of the 20 participants were in wheelchairs, so I found a local park that had plenty of trees and a paved sidewalk so everyone could enjoy it,” she says.

At the University of California, San Francisco, Benioff Children’s Hospital in Oakland, Dr. Nooshin Razani, a pediatric infectious disease doctor and director of the Center for Nature and Health, has offered a similar program for the past four years. The “Shine” program, linked to the East Bay Regional Parks District, offers “park prescriptions,” a movement that is growing in popularity, and aims to improve accessibility to nature for low income children.

One Saturday a month, Dr. Razani leads a group of up to 50 people through a lush forest of redwood trees and lakes on the outskirts of Oakland. The groups consist of patients ranging in age from a few months to 18 years, accompanied by at least one adult family member. A few of her medical colleagues — an orthopedic surgeon and primary care doctor — have also attended, and the Oakland-based pediatrics residency program at the medical centers invites doctors in training to join the group. Shine recently celebrated its 60th park outing.

“The accessibility part is huge for me. Many children don’t have access to green spaces in their community,” Dr. Razani says. “We also have evidence that supports the mental health aspects of spending time in forests, and for the resident doctors who participate, it’s a way to show them how children interact with nature based on the developmental stage. Sometimes the doctors’ need is just as much as the patients’.” In February, Dr. Razani published findings of a randomized trial that found that park visits — regardless of whether they were led by a guide or not — were associated with a decrease in stress three months after the visits.

A few hours after my own forest walk, the woman in our group who had mentioned her stress emailed me to say that she had checked her blood pressure afterward and noticed it was lower than usual. “It would be nice to see if there was a meaningful change from before, if they collected that information,” she wrote.

She had hit on one of the biggest issues around guided forest walks and forest therapy. Is it an evidence-based activity with proven clinical benefits?

The science is still lacking to prove it. But there is some evidence — as well as good old common sense — to suggest that spending time in nature is good for both the mind and body, whether done as a group or alone. It may be something we all need more of.