The Power of Surfing, as Therapy

November 1, 2019/ by Amitha/ in Movement/ Comments Off on The Power of Surfing, as Therapy 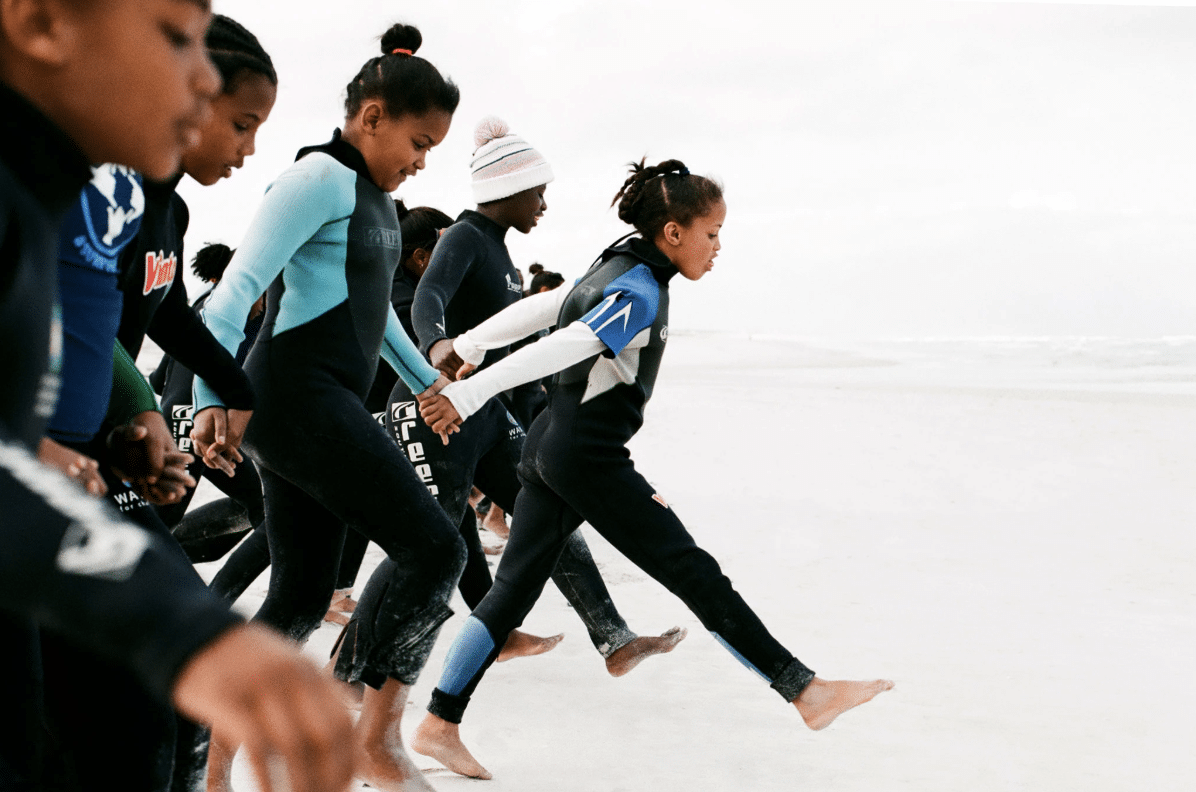 Surf therapy programs often focus on children with autism or anxiety, or groups like veterans or cancer survivors.

Agatha Wallen’s son, Mason, has autism, and when he was 7, she heard about an initiative in San Diego aimed at children with special needs. It involved an unlikely tool: a surf board.

She wasn’t sure how it would work for her son, who struggled with behavioral and sensory issues. “Even getting the wet suit on was difficult for him because it was a brand-new sensory sensation,” she recalled. “From the beach I could see the surf instructors calmly speaking to him, and his whole body seemed to change and relax,” Ms. Wallen said. “He was able to stand up and catch a wave, with a big smile on his face, and ran up to shore and said ‘Mommy, I want to do it again.’”

Mason has been surfing for five years, and now his younger brother, Trevor, 9, is also an active participant in the same program, A Walk on Water. It is a California-based surf therapy nonprofit that primarily focuses on children with special needs — mostly with neurological disabilities. Ms. Wallen serves as an ambassador for the program, helping explain surf therapy to other parents.

“In the ocean there are no cars or planes or people shouting or things buzzing around,” she said.

“It might be the calmness of the waves, but it’s also being with instructors that he could trust and who were patient with him as well.”

A Walk on Water’s executive director, Sean Swentek, points to the importance of serving the whole family, including the child’s siblings, while also offering respite for parents.

“Surf therapy often provides bonding time for them, and our events are meant to be a full day of healing for the whole family,” Mr. Swentek said. The group recently released a short documentary about the role of surf therapy in the lives of three children with special needs.

“In a nutshell, surf therapy is a structured method of surfing utilizing elements of ocean and using its therapeutic benefits for those in need,” said Kris Primacio, the chief executive of the International Surf Therapy Organization, which acts as an umbrella organization to bring together surf therapy programs and researchers. “We tend to focus on underserved populations and exposing surf therapy to those who wouldn’t otherwise have access to an instructor.”

Each surf therapy organization develops its own program. In general, groups meet on the sand before a surf lesson, discuss ocean safety and often discuss mental health struggles as a form of group therapy. They then surf for a few hours and have a debriefing session.

In Britain, children with referrals for anxiety can participate in a free six-week program called The Wave Project. The program, which has received National Health Service funding in the past, gathers data before and after through questionnaires using the Stirling Children’s Well-being Scale and the Rosenberg Self-Esteem Scale.

“We focus on children who have anxiety disorders or are at risk of developing issues. Some may have autism or A.D.H.D. and are at risk of developing more series mental health problems, and most of these children feel isolated,” said Joe Taylor, the program’s chief executive. “Our approach is similar to an occupational therapy approach, and we don’t see ourselves as an alternative to support for care, but part of a package of mental health care.”

In 2014, John Newkirk started Salt Water Therapy L.A., which emphasizes mindfulness as well as surfing. As a certified drug and alcohol counselor with his own history with addiction, Mr. Newkirk wanted to share a mindfulness practice while also structuring the program with ocean safety and surf instruction.

“What happens with mental struggles, including addiction, is that there is an element of self-medicating. Surfers have called it ocean therapy for decades, because of the spiritual benefits. It’s a high with dopamine, but a safer healthier kind,” Mr. Newkirk said.

Surf therapy is not a substitute for medical care, and surfers can still struggle with mental illness. Indeed, the surf legend Sunny Garcia talked about his depression and has been hospitalized since attempting suicide this spring.

However, the evidence for surf therapy seems to validate what we know about movement and exercise, therapeutic effects of water and mindfulness. For instance, two years ago, a paper out of California State University described that just one 30-minute surf session improved mood, but the researchers didn’t distinguish the impact of surfing compared to other sports.

A qualitative study of 22 youths participating in The Wave Project, published in June in the International Journal of Environmental Research and Public Health, noted that surf therapy may work through offering a safe physical and emotional space, peer mentoring and positive reinforcement. Similarly, in 2017 a British study looked at the effectiveness of a three-month surfing program for youth and found that some elements of self-reported well-being improved. However neither study matched participants with a control group.

In June, research with 74 active duty military personnel from the Naval Health Research Center in San Diego found that depression, anxiety and PTSD symptoms decreased after surf therapy, but all participants were simultaneously receiving another form of therapy, making it hard to measure the impact of surfing alone.

Naturally, surfing is not without dangers: drowning, rip currents, sharks, just to name a few.

“The ocean is unpredictable, but leading organizations try to mitigate the risks by making sure staff are C.P.R.-certified and know how to prevent and deal with emergencies,” Mr. Swentek told me. “I think part of the reason it’s so powerful is because of those risks. It is not easy to do, so when these kids for instance are able to surf a wave and overcome their fear, there’s huge growth.”

Is the trend of surf therapy meaningfully different from exercise or mindfulness techniques? The evidence isn’t quite there. But its popularity is a sign of broader interest in a variety of tools that might improve mental fitness. Notably, a Los Angeles-based study from 2014 found that surfing may have a positive effect when delivered in combination with other forms of exercise, medication if needed, and group or individual therapy.

In Jon Kabat-Zinn’s book on mindfulness “Wherever You Go, There You Are,” he writes, “You can’t stop the waves, but you can learn to surf.” Dr. Kabat-Zinn, a physicist by training, was one of the first academics to standardize and research mindfulness approaches. In surfing, much of the challenge involves facing a real wave and pushing forward anyway, even when the easy thing to do is back away.

When I reached out to Dr. Kabat-Zinn to say that one of his best-known sayings was being taken quite literally, he replied in an email:

“The beauty of mindfulness is that you can bring it into anything, and then everything becomes your mindfulness teacher and contributes to waking you up fully. Surfing is no exception. When you are really present, the world (and the wave) can wake you up, and bring you into the timeless present moment, even in the midst of complex, unpredictable, dynamical circumstances.”