March 5, 2021/ by Amitha/ in Purpose/ Comments Off on March newsletter!

Welcome to the March issue of WonderWell, a newsletter intended to gather the most groundbreaking research and insightful commentaries in evidence-based medicine, wellness, healthcare leadership, writing, and innovation to help you live and work in alignment with your purpose and well-being 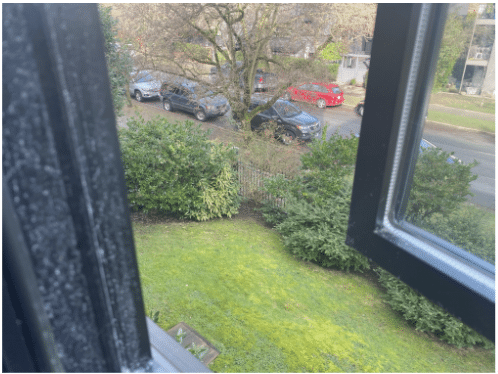 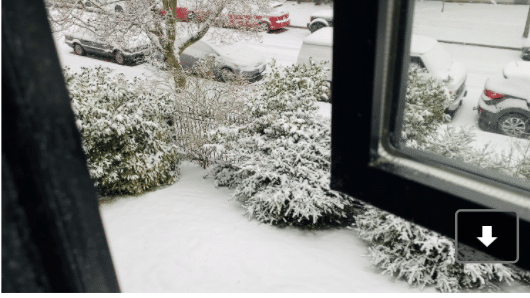 Some things that had me wondering this month:

1. COVID and…
~A new vaccine. The Johnson & Johnson COVID vaccine is now available in the US (hopefully in Canada soon). How does it stack up against Moderna and Pfizer (and AstraZeneca)? This might be the wrong question when scarcity is at play: take what you get, as this NYT op-ed advises. Remember: the vaccine is intended to prevent severe disease, i.e. disease that would require a hospitalization/ICU visit or worse: death. It may not be perfectly effective at preventing infection. The flu vaccine is similar, though often has much lower effectiveness. But in general, those vaccinated with the flu vaccine are at a much lower risk of severe disease, even if they do have mild flu symptoms.

~Vaccine diplomacy. This will continue to be a topic to watch closely, and one I’ve been pondering since the Summer when I received a press release about an Indian manufacturer planning to ramp up production of a vaccine (which ended up being the Astra Zeneca vaccine). India specifically has played a major role over the last 15 years in terms of drug manufacturing: especially as it relates to anti-retroviral drugs, and facilitating a price drop which improved global access.  India has manufactured vaccines for global health (e.g. polio) as distributed by organizations like GAVI, WHO, UNICEF, etc. But this is the first time to my knowledge that India is playing a role in manufacturing vaccines for the ‘developed’ world.  So not only is Jamaica receiving shipments, but so is Canada.    The editors of the NYT Opinion section penned an excellent op-ed on the theme here. My question: will India then be able to leverage other interests (e.g. politically, trade/economic) with recipient countries? And what are the potential pitfalls and opportunities?   A handy comparison: the role China played in providing PPE to affected countries, and the potential downside regarding accountability as it relates to investigations into the virus origins in the country.

~On reopening schools. It remains a tricky debate. I like Dr Leana Wen’s take in the Washington Post.  Side note: I spent my 32nd birthday in Charleston, and Dr Wen happened to be there (story for another time, but she’s fabulous!)

~ Screening for health conditions. There’s no doubt that there are several externalities secondary to the pandemic. One big one that doesn’t get discussed enough: the negative impact on screening. This piece, in the NYT, tackles it head on.

~Children. A well presented and reported piece on the youngest victims of the pandemic in the Post — even if children rarely suffer from severe disease, they are impacted in other long-lasting ways.

~The best essay I’ve read (about COVID since the pandemic began), by none other than Dr. Siddhartha Mukherjee. This one is about the mystery behind the low death rate in India in the New Yorker (followup with my favourite New Yorker piece period, from 2017, Cancer’s Invasion Equation, also by Dr. Mukherjee)

2. Podcasts to listen to:
This episode of Brene Brown’s podcast features one of my favorite thinkers, Adam Grant.
Here they interview each other in a sense, and Grant gets into the topic of his latest book, “Think Again,” while also sharing a variety of anecdotes about his career and life decisions.

And because she’s utterly delightful, Fran Lebowitz interviewed by Kara Swisher on Sway is well worth the laughs and incredulity, if only for her line comparing herself to Helen Keller.

3.On…systemic racism in the 1950s and 2021
~Harry Jerome is a Canadian that I, and many others, never learned about in school. As a Black man attending a mostly all-white school in Vancouver in the 1950s, he had rocks hurled at him. His story of that time is captured here, in the CBC.  A track star that went on to set several world records, Jerome sadly died in 1982. Now Vancouver is finding a way to honor him.

~This is an important read from StatNews‘ Theresa Gaffey, about a big story that was trending on Twitter earlier in February. A program director, who happened to be a Black woman, was dismissed from her position after flagging issues of systemic racism. This topic in general is a sad and very real issue in academic medicine, affecting residents, but also, clearly, staff as well.  Of note, Gaffey is a multimedia producer but I hope she stays on this beat (medical education) as this article was so well reported, covering the nuances particularly well.

~And for GQ, the incomparable Wesley Lowery on how one police department, in Ithaca, New York is attempting reform. It may be a model for others.

4.Sound (and wise) reflections
~From NYTMag, this profile of Kazuo Ishiguro is simply sublime. What a brilliant mind

~The type of love that makes you happiest, in the Atlantic

~From ESPN, on injury and resilience, through the story of basketball player Azzi Fudd

~One of the most harmful questions you can ask children, by Adam Grant for CNBC

5.Miscellany
~From NYTOpinion about nurses, and what the pandemic means for the future of nursing. We rarely hear from other frontline workers (other than physicians), so this was illuminating for me. That said, someone on Twitter, who happens to be a nurse, flagged to me that that article was not inclusive, and my sharing of it failed to amplify this issue. And, well, I agree (I have my own blindspots). That opinion piece did not include the fact that in many cities most hard hit, nurses of color (mostly women) have disproportionately been affected. So I also share this article, in CNN: about the toll on Filipino nurses in particular, though the same may be said of Caribbean-American nurses, Latin-American nurses, and so forth. It also reminded me of why I mentor with the Op-Ed project, to help ensure that under-represented voices get heard.

~The tragic story of Joe Ligon, which broke my heart and I *still* can’t wrap my head around: to be captive for THAT many years, and now released. Unimaginable.

~The death of groundbreaking cancer researcher, Dr. Emil Freireich hits hard for anyone in pediatric medicine. He was a trailblazer to say the least, and highly disagreeable in his approach as a pediatric oncologist and researcher. He didn’t care much for the status quo: his focus was on finding a treatment for childhood leukemia, which he did.  His obituary in the NYT is a must read.

6.Best tweet of the month goes to…
A compelling speech by Ryan Leaf, about the NFL’s failure to acknowledge mental health issues. As I write this another former player, Louis Nix, has died (though the cause has not been confirmed).

I don’t know who needs to hear this, or if I just needed to say it, but I will not continue to stand by and watch my brothers disappear because the multi billion $$$ corporation won’t do the right thing.
@nfl @NFLPA do something!! #igoturback #nflbrotherhood

And a thread by the incredible writer and musician Morgan Harper Nichols, about her recent diagnosis of autism, as a reminder of how women are often diagnosed late, or misdiagnosed:

Last Saturday, after a very long journey, I was officially diagnosed with autism and I just want to share my experiences here for anyone else out there whom it could help (a lengthy thread)

In My Own Words… 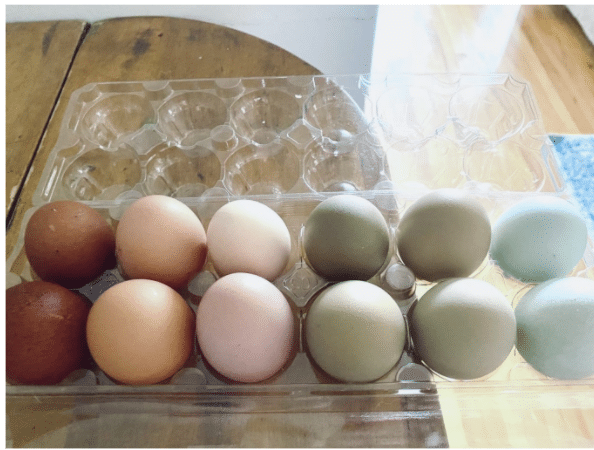 My lockdown obsession: colorful heritage hen eggs by Black Rooster Farms, Langley BC
January 2021  (these aren’t painted by the way– the colors are REAL!)

This month, I had the pleasure of being interviewed by influencer Camille Styles, on finding our purpose. I also participated in the “SoMeDocs writers conference” which was really fun (some great questions).

Other than that, I’m knee deep in book edits, with revisions due in April, and polishing off a textbook chapter I’m co-writing with a friend and colleague, Dr. Daniel Lakoff (emergency medicine physician with NYP Hospitals).  I will have a piece out next week, which I’ll include in next month’s newsletter.

To end I’d like to highlight Andre Picard’s book on elder care arrived this week, and is timely and important. For my American readers: Picard is a must follow, as arguably the most prominent health journalist in Canada, and longstanding columnist for the Globe and Mail. He shares his commentary thoughtfully and wisely.

Have a healthy, joyful, month,