During COVID-19 Healers Need Healing Too

May 24, 2020/ by Amitha/ in Environment, Mind, Research/ Comments Off on During COVID-19 Healers Need Healing Too 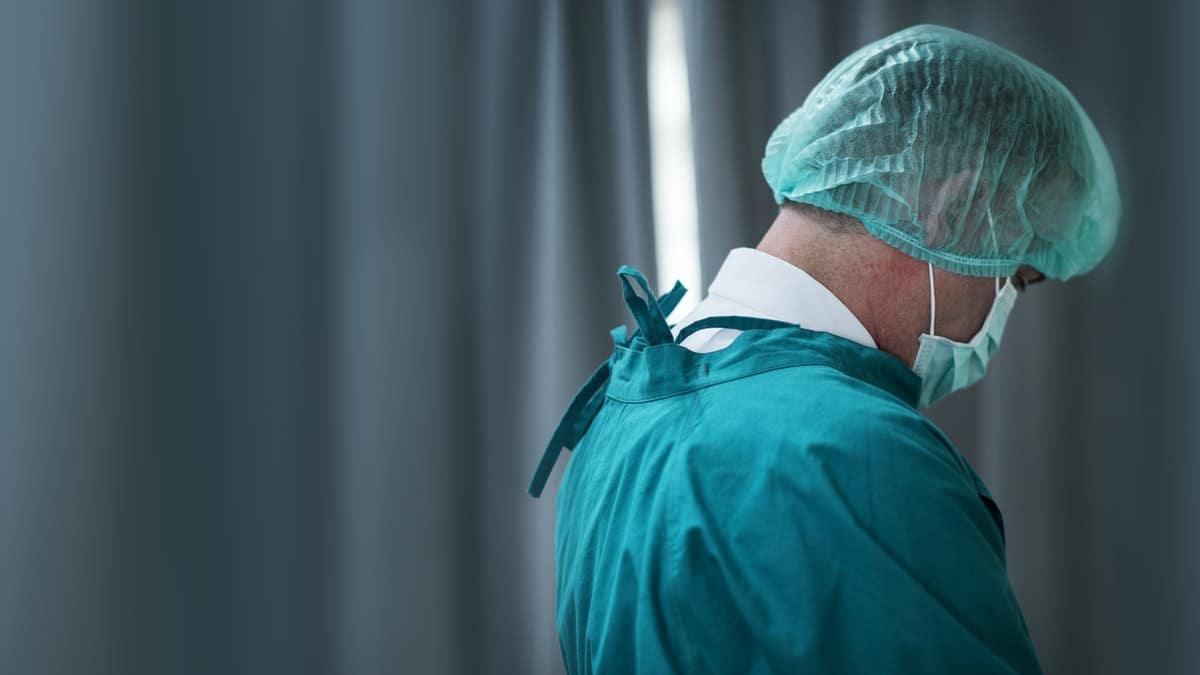 One of the oldest tales in the history of medicine is the story of the archetypal “wounded healer,” Chiron. As legend goes, Chiron, an immortal centaur, who both taught medicine and served as a physician, attended a gathering hosted by another centaur named Pholus. After a series of events involving other centaurs fighting over wine, Heracles (aka Hercules), in his attempt to intervene, accidentally unleashed a poisoned arrow that hit Chiron’s knee. Chiron, being immortal, was forced to endure unbearable pain.

Despite his ability to heal others, Chiron was unable to heal himself. Filled with shame, he retreated back to his cave, still committed to teaching his disciples. Eventually, after nine days, his pain became unbearable and Chiron requested that Zeus remove his immortality so he could die. Though a myth, it serves as the first documented story of a physician suicide, albeit assisted, and suggests that the challenge of healing our healers stretches back centuries.

The recent suicide of Lorna Breen, an accomplished and compassionate physician, researcher, colleague, friend, sister and daughter, after she served on the front lines of a busy New York City emergency department, reminds us that the plague of COVID-19 also creates deep emotional wounds in health care workers. As her father Philip Breen described her, she“was like the fireman who runs into the burning building to save another life and doesn’t regard anything about herself.” Her death was not due to COVID-19; it was due to a system and culture of hospital medicine that failed to value her as a human beyond her profession.

Right now, COVID-19 is a stress test, exposing the vulnerabilities in our financial, social welfare and health care systems. But it’s also a catalyst, giving rise to novel solutions such as providing a guaranteed basic income, expanding blood donation eligibility, reducing bureaucracy in hospitals and encouraging partnerships between tech companies. As such, it must also be a catalyst for improving medical culture so that one day no physician is forced to choose suicide as a result of an inability to cope or seek healing for themselves.

Awareness of the suicide epidemic plaguing the profession has gained ground over the last five years. Doctors have the highest suicide rate of any profession: about 300 doctors die each year in the United States (the size of a typical medical school student body). Effectively, suicide has now become an occupational hazard of the profession. But it’s also the canary in a coal mine serving as a warning for an overwhelmed and unhealthy system, one that doesn’t care for its doctors.

One thing is painfully clear: physician suicide isn’t about resilience. Doctors by definition are resilient; we must be to jump through many hoops to gain admission, serve on long overnight calls often without food, water or sleep, and work unreasonable work hours, often with an inadequate support system. Sadly the overemphasis on individual resilience at the expense of ensuring the work environment is healthy has placed the onus on doctors themselves—which is nothing more than victim-blaming.

While substance use and mental illness may be factors, many doctors do not have a diagnosed mental health disorder like depression and anxiety. This may, in part, be due to stigma around seeking a formal diagnosis, but we also know that symptoms of depression are wildly dependent on the environment; the influence of our situation on our reactions has been understood by sociologists for decades.

While things like mindfulness help to a degree, it’s a lot like expecting a soldier to meditate while bombs are being dropped all around her. The priority must instead be to get that soldier into a safe space with a battalion she can rely on, with the appropriate protective gear. Putting an otherwise healthy person, someone who is driven, intelligent, empathetic, in an environment that is not conducive to her well-being will place additional pressures on her with little room to thrive, or possibly even survive. The consequences can be disastrous, but are not surprising.

The problem of physician suicide is so deep, and the role of culture so paramount, that pontificating on solutions often feels futile, especially as the issue isn’t so much what the solutions are, but how to actualize them.

Culture must change from the top down, and this takes sound policies and commitment. Policies must include limits on work hours, time for self-care, and zero tolerance for bullying and harassment. We must also increase psychological safety (defined by Harvard scholar Amy Edmondson as “a climate in which people are comfortable expressing and being themselves”), a matter that is a pressing issue during the pandemic, as with the firing of doctors in Mississippi who have voiced concerns.

We should also ensure that all physician health programs are free of conflict of interest, completely divorced from licensing bodies, and accessible both geographically and financially. During a crisis especially, as we know from humanitarian aid workers, reentry trauma is common, and so access to these programs now is paramount in order to offset the risk of suffering alone. Isolation is an unsafe breeding ground for trauma, anxiety, and unprocessed grief.

Beyond telling the story of Chiron’s death, the ancient Greeks came to see suicide as primarily due to malfunctional “humors”—the end result of the build-up of black bile (melancholia) or yellow bile (mania). The beauty of medical knowledge is that it evolves; so too must our understanding. We must take lessons from as far back as Chiron, and as recently as Lorna Breen, to understand that environmental factors matter much more than the individual. Breen’s passing during this pandemic offers us a moment to reflect on how best to use our outrage and mourning, as patients and physicians, to finally move out of the clouds of ignorance, willful blindness and institutional inertia to prevent the same tragedy for repeating itself.

Once Chiron died, he left two legacies. The first was in those he taught: like the father of medicine, Asclepius, who in turn was said to have taught Hippocrates. Thousands of medical students take the Hippocratic oath each year. The second legacy, according to the poet Ovid, was through a gift from Zeus, who wanted to ensure Chiron’s spirit lived on in the night sky, so he created the constellation Centaurus—what may now be viewed a literal interpretation of the saying per aspera ad astra (“through hardship, to the stars”).

It shines brightest during the month of May. This year it might remind us of the thousands of physicians who took their own lives while healing others—some during this pandemic—doctors who might inspire us to finally change direction. And for Breen, as one of those bright stars, may we also vow to honor you as the hero you were, illuminating our path forward.

If you are having thoughts of suicide, call the National Suicide Prevention Lifeline at 1-800-273-8255 (TALK) or go to SpeakingOfSuicide.com/resources for a list of additional resources. Here’s what you can do when a loved one is severely depressed. For physicians on the front lines expressing mental distress or suicidal thoughts, or who just wish to talk, call the Physician Support Line 1-888-409-0141, which is open 8am to 3am ET, seven days a week, and provides free and confidential support with a volunteer psychiatrist.