Could a VR walk in the woods relieve chronic pain?

November 22, 2019/ by Amitha/ in Innovation, Mind/ Comments Off on Could a VR walk in the woods relieve chronic pain? 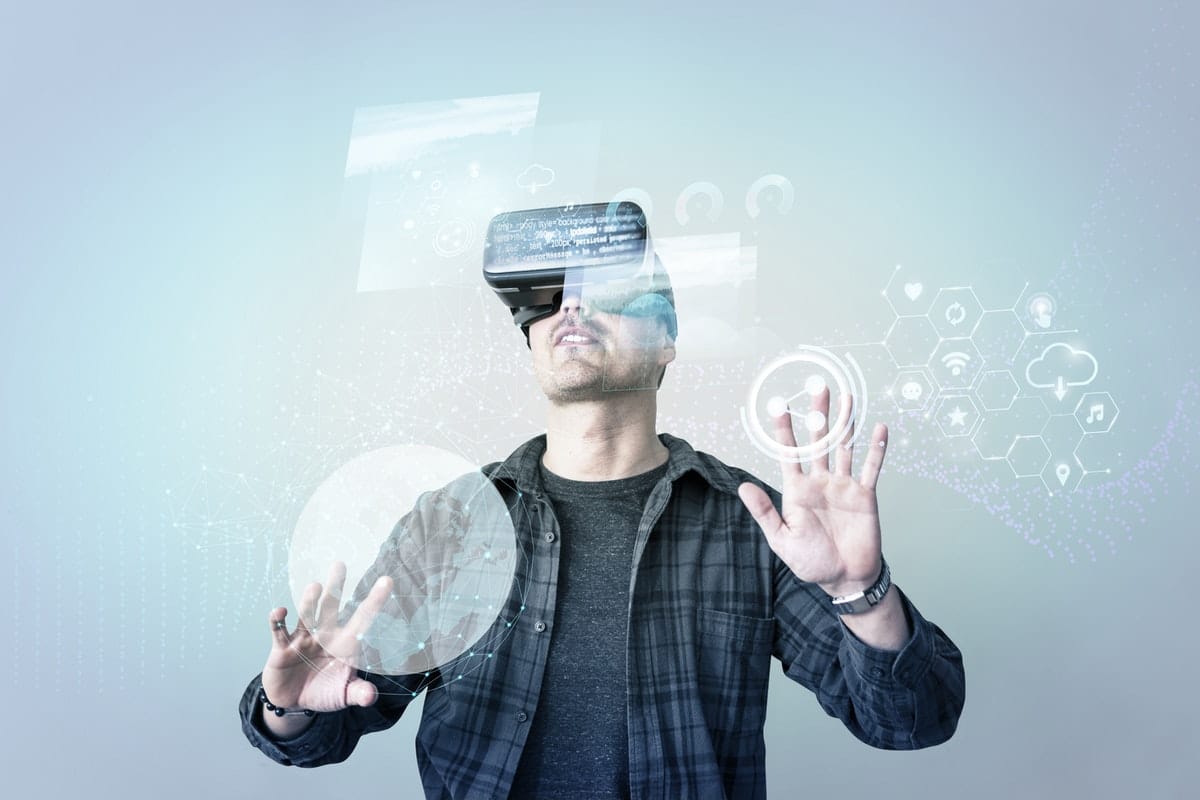 When pain researcher Diane Gromala recounts how she started in the field of virtual reality, she seems reflective.

She had been researching virtual reality for pain since the early 1990s, but her shift to focusing on how virtual reality could be used for chronic pain management began in 1999, when her own chronic pain became worse. Prior to that, her focus was on VR as entertainment.

Gromala, 56, was diagnosed with chronic pain in 1984, but the left-sided pain that extended from her lower stomach to her left leg worsened over the next 15 years.

“Taking care of my chronic pain became a full-time job. So at some point I had to make a choice — either stop working or charge full force ahead by making it a motivation for my research. You can guess what I chose,” she said.

Now she’s finding that immersive VR technology may offer another option for chronic pain, which affects at least one in five Canadians, according to a 2011 University of Alberta study.

“We know that there is some evidence supporting immersive VR for acute pain, so it’s reasonable to look into how it could help patients that suffer from chronic pain.”

Gromala has a PhD in human computer interaction and holds the Canada Research Chair in Computational Technologies for Transforming Pain. She also directs the pain studies lab and the Chronic Pain Research Institute at Simon Fraser University in Burnaby, B.C.

Using VR to relieve or treat acute pain has been done for a while.

In the 1990s, researcher Hunter Hoffman conducted one of the earliest studies looking at VR for pain relief in the University of Wisconsin human interface technology lab. His initial focus was burn victims.

Since then, the field has expanded. Gromala’s lab focuses on bringing evidence-based therapies that work specifically for chronic pain, such as mindfulness-based stress reduction. They have published studies on their virtual meditative walk to guide and relax patients.

Movement and exercise are a key part of chronic pain management in general. But for many patients, it can be too difficult.

“Through VR we can help create an environment where, with a VR headset, they can feel like they are walking through a forest, all while hearing a guided walking meditation,” Gromala said.

The team also designed a meditation chamber — where a person lies in the enclosed space, breathing becomes more relaxed and a jellyfish viewed through VR dissolves.

Other researchers like Sweden’s Dr. Max Ortiz-Catalan from Chalmers University of Technology have looked at virtual and augmented reality for phantom limb pain — the particularly challenging syndrome among amputees who experience pain in a limb that is not physically there.

In his study, published in The Lancet in December 2016, Ortiz-Catalan demonstrated a 47 per cent reduction in symptoms among VR participants.

He believes the reason behind it is a “retraining” of the brain, where pathways in the brain effectively re-route themselves to focus more on movement, for instance.

“We demonstrated that if an amputee can see and manipulate a ‘virtual’ limb — which is projected over their limb stump — in space, over time, the brain retrains these areas.

“Through this retraining, the brain reorganizes itself to focus on motor control and less on pain firing,” said Ortiz-Catalan.

With only 14 patients, this was a pilot study, but he plans to expand the work into a multi-centre, multi-country study later this year. The University of New Brunswick is one of the planned study sites.

There’s an app for this

Others in the United States have published their own findings of VR for chronic pain.

Last month, Ted Jones and colleagues from Knoxville released results of their pilot study of 30 chronic pain patients who were offered five-minute sessions using a VR application called “Cool!” — an immersive VR program administered through a computer and viewed through a head-mounted device.

All reported a decrease in pain while using the app — some decreased by 60 per cent — and post-session pain decreased by 33 per cent. The findings were presented in the journal PLoS.

“What was interesting to observe was that the pain decreased for six to 48 hours post-VR experience. It’s not as long as we would like, but does illustrate that relief can be sustained over some period of time,” Jones said.

His team will be expanding the research this year and will also look at how VR can help with the challenging mental health side-effects of chronic pain.

Jamensky points out while VR could be a promising treatment one day, one challenge with clinical trials is the dependence on looking at pain scores when assessing the effectiveness of VR. This may overshadow individual patient goals.

For instance, while the ability to decrease any individual’s pain score from a “seven out of 10” to a “three out of 10” can be challenging, improving functionality and quality of life can often be more valuable to the patient.

“A pain score may not always be the best way to assess treatment success, since the therapeutic goal may not be to eliminate pain or improve this score, but to ensure better sleep, better mobility, improved mood or even an ability to return to work,” he said.

VR as a technology for chronic pain management is in its infancy. Gromala notes that further research, in addition to standardizing the VR delivery devices, is needed before it becomes a standard of care. And future studies must include practical outcomes.

“It is important to realize that the ‘pain’ of chronic pain may never go away, and that ultimately the individual must learn to deal with the pain so that they can function better,” Jamensky said.

For her, developing an awareness for how sleep, mood and exercise affect her own pain experience has made a huge difference.

In fact, it has motivated her to continue both advocating for chronic pain patients and to partner with clinical pain specialists on research.

“So as researchers we have a big task ahead of us, and sometimes it means exploring whether out-of-the-box methods like VR can help.”